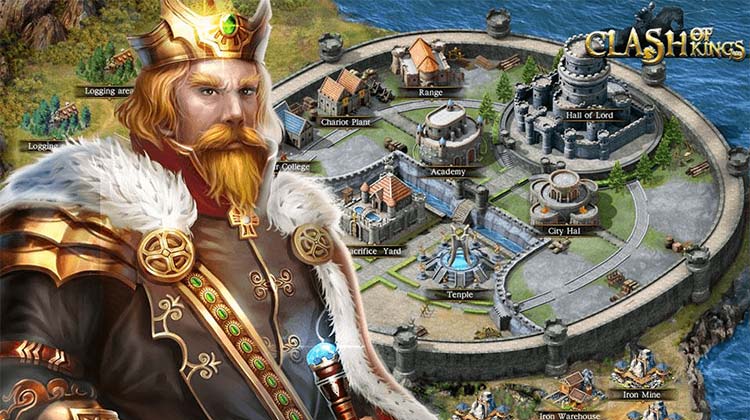 Clash of Kings for Android

This multiplayer building game pits you against friends and enemies from all over the world! Build massive empires and clash with enemies in MMO RPG battle games. Explore a fantasy kingdom world as you attack enemies and build a castle defense, becoming one of the most powerful fantasy heroes in the land!

Run a King’s Empire in this PVP Action Adventure!

As you build a massive empire and make empire allies, you’ll create bitter enemies in this real time multiplayer strategy battle game. Explore the massive Clash of Kings landscape and watch your own fantasy kingdom grow.

If you enjoy battle games or PVP action, you’ll love this base building game. Clash of Kings has many king empires but only one can be the true King - will it be you? Download Clash of Kings and claim the throne today!