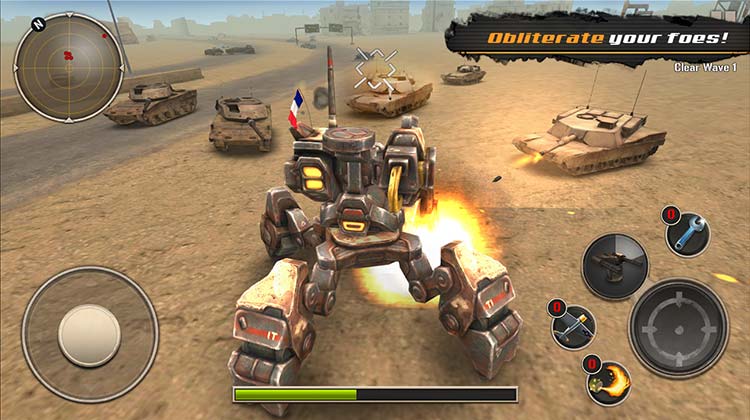 Mech legion: Age of robots - seat into a pilot’s chair of a huge combat robot and take part in the war of future destroying enemy combat machinery. Take your robot from the hangar and be ready to face other robots and modern tanks on the battle fields of this Android game. Use a radar to find enemies. Shoot to kill and efficiently apply powerful weapons of your robot. Apply various kinds of camouflage on the robot’s body. Become a professional combat pilot and take the rating top lines.