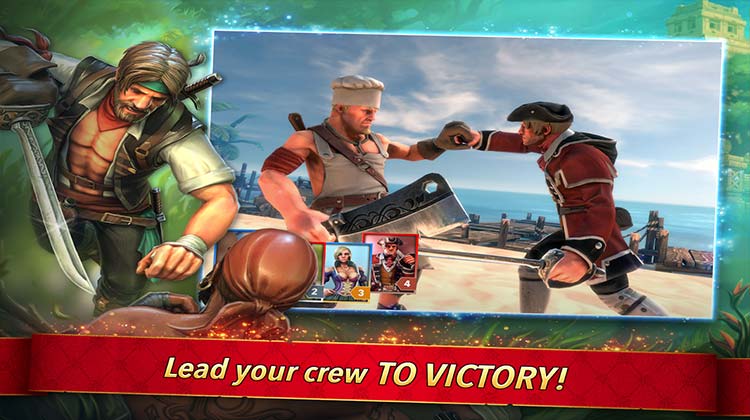 Pirate tales: Battle for treasure - take your pirate sailing ship across the dangerous waters of the Southern seas, land mysterious islands and fight against enemies. Become a famouse pirate captain in this exciting Android game. Gather a team of desperate daredevils and adventurers. Hunt gold and jewels. Be ready to face aggressive natives and tricky pirates. Take your team to victory. Challenge other pirates from all over the world and become the shady king of the Caribbean sea.

It is a PIRATE REVOLUTION in the genre! Pirate Tales are about to board your device with some brand new action RPG experience. Become a pirate captain, the terror of the seas, and be known as the most fearsome pirate alive! Become one of the treasure hunters in this exciting action game!

Pirate Tales is a perfect combination of genres, it is an action RPG, adventure and battle game at the same time. Leverage your pirate power in all sorts of endeavors! Devise smart strategies and make the fastest moves. Download the app and join Caribbean pirates in this exciting action adventure game right now!