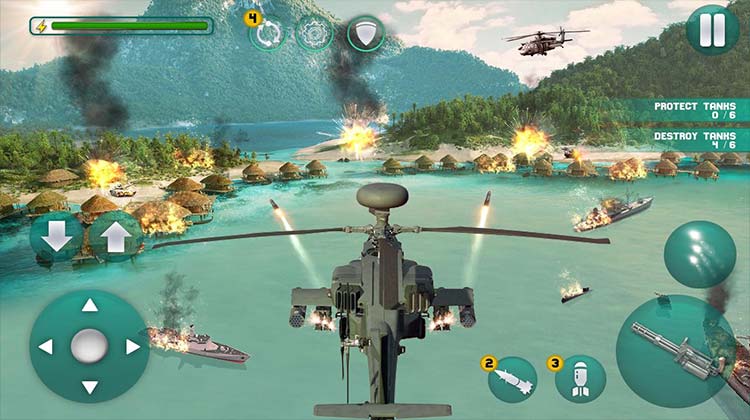 Become a helicopter pilot and engage in combat missions across the world. You need to strategically use the powerful machine guns and devastating missiles to eliminate the one of the world’s greatest army. Experience the real war while being in the air using your combat tactics. Challenge yourself with the next mission or replay a custom mission.