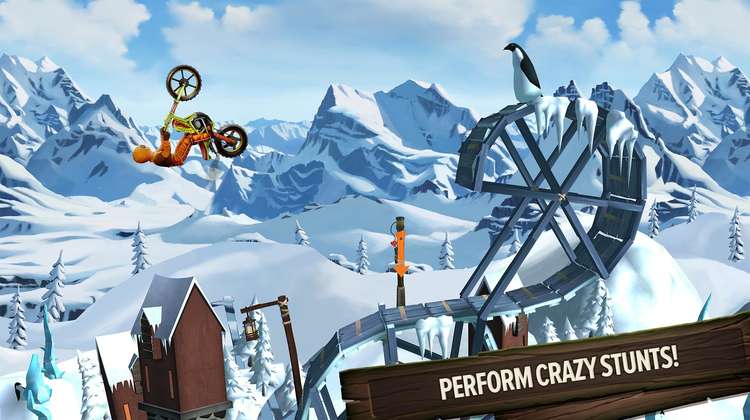 Trials frontier - fascinating motorcycle races on the crossed district. Try to pass the route as soon as possible and to remain thus alive. Play the mobile version of the best-selling and critically-acclaimed Trials series, by the award-winning developer RedLynx! Experience the ultimate SKILL-BASED BIKE RACING GAME for free, on your smartphone and tablet!

Trials Frontier is unlike any other bike or car racing game you’ve played before! Ride your motorcycles on extremely addictive tracks while you perform slick wheelies, crazy jumps, mid-air flips and menacing stunts! Battle players from around the world and dominate global leaderboards on every track! Race, explore, upgrade, and compete. Accept no substitutes!