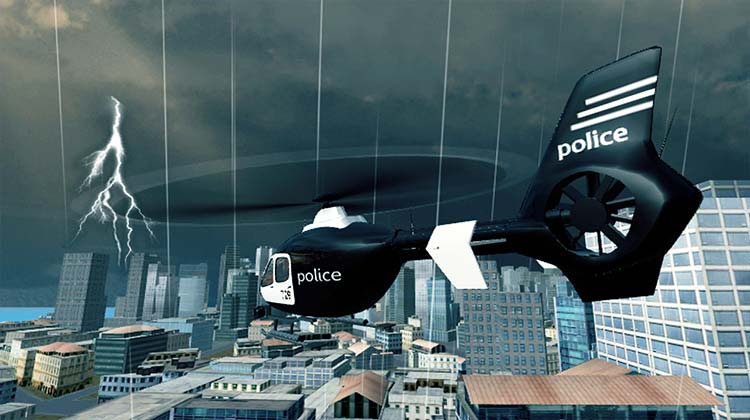 Police Helicopter Simulator - take to the sky and fly amazing police and rescue helicopters in a huge open city environment ready to explore; more than 16 km² of area to fly around in! Complete unique missions to unlock more awesome copters and become a professional police pilot in one of the best helicopter simulator games. Police Helicopter Simulator contains 20 free levels!

Choose from a wide range of rescue, police helicopters and more! Fly in the cockpit of a military copter (like Apache or Mi-8), police copters (like Bell or Eurocopter), search and rescue choppers, and more. Try your hand at being a part-time Firefighter. Grab the helicopter control stick to transport water and extinguish building fires. Help transport special cargo using the "Skylift" helicopter, move objects with a super powerful electromagnet. Or take our dangerous criminal in tanks with the Apache helicopter to fire rockets to stop them causing danger in the city.

Explore the whole city to locate one of 20 mission starting markers, or fly around and do whatever you want freely. The choice is up to you in one of the best open world city police helicopter simulator games. Use the game’s helpful mini-map to assist you with missions spots, expand by tapping on it. Explore the huge city island environment filled with lots of points of interest to discover. Fly around and see the sights like skyscrapers, business districts, offshore aircraft carriers with other busy city traffic, and whole load more...