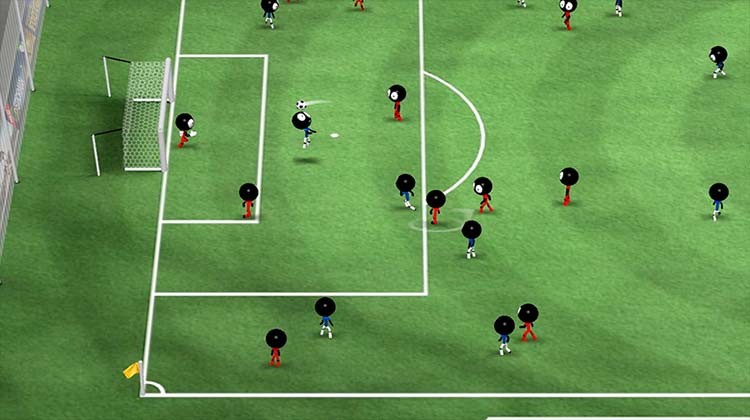 Stickman Soccer 2016 - help your football team made of funny drawn heroes win a variety of championships. In this game for Android you will be able to take part in football matches of various European leagues, and even in 2016 European Championship. Choose your favorite team, control players on the field, do accurate passes, and pass the ball from one player to another. Outwit defenders of the opposing team and score goals. Win matches, improve your team in the standings.

#1 SPORTS GAME IN VARIOUS COUNTRIES! Stickman Soccer 2016 is the brand new sequel to the award winning Stickman Soccer with more than 50 million players. Experience pure soccer fun with fast paced gameplay, an astonishing atmosphere, stunning smooth animations, simple controls, insane action and tons of replay value in this from the ground up redesigned Soccer. Choose your soccer team and rank up while playing various seasons, national leagues, cups or the European Cup 2016 in France. Decide whether you want full control over your players with manual running and shoot timing or use the automatic running mode where you have control over precise pass timing and watch your players tackle your opponents. Choose your favorite soccer team from more than 100 different skilled teams and lead them to glory!