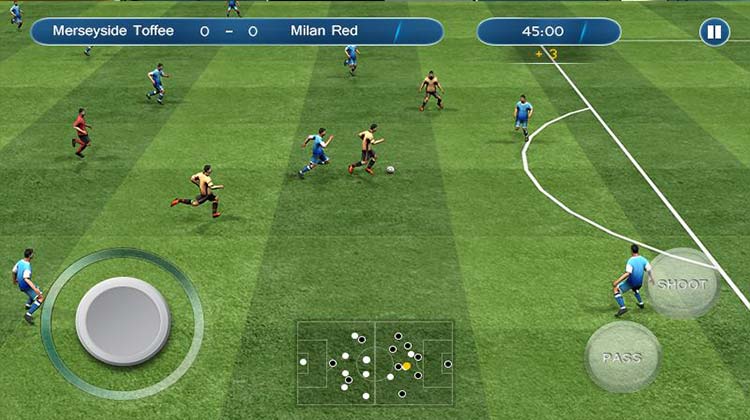 You can also control every aspect of your team through the management system: trade in the transfer market, train your players to improve their ability and put them on the path to glory.

Ultimate soccer - lead one of the European football clubs and guide them to success. Compete with strong opponents on different football fields. Create an unbeatable football team in this game for Android. Enter into contracts with prospective players and train them, increasing their performance. Play tight matches with more powerful opponents. With each victory the rating of your club will improve. Take part in friendly matches and try to win the World Cup. Lead your team to the top of the world football!