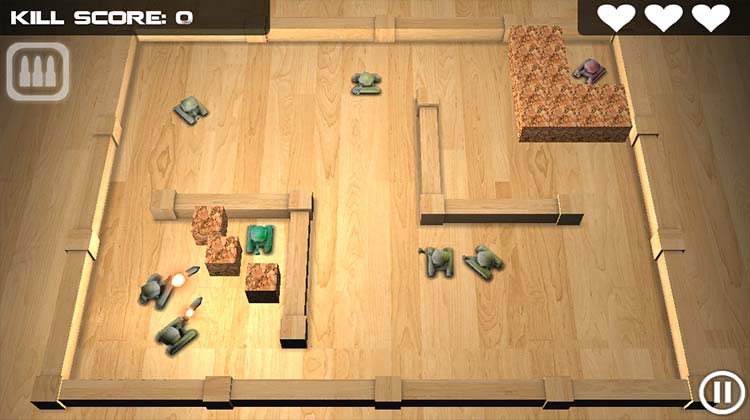 Tank Hero – a remarkable realization of tanks on Android. Battle against cunning enemies, destroy them, and don’t let them blow you up. For movement of the tank you slide your finger over the screen, for firing press on the screen and a shell will fly at this point. The shell can jump aside 1 time from an obstacle therefore it is possible to shoot at the enemy from shelter. However, the enemy can do the same. In the process of game passing, new tanks will be given. Fast speed game will make you think and make correct tactical decisions quickly. In the game there’s fine three-dimensional graphics with dynamic lighting and shadows in real time. Battle against cunning enemies and become the Tank Hero!

"Tank Hero is a fun, simple game that evolves the concept" - Slide To Play

Game is completely FREE with no consumables, time, or upgrades to purchase.