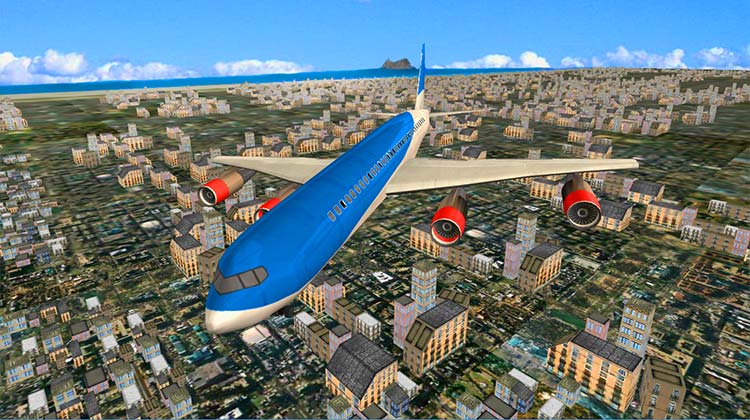 Airplane Pilot Simulator 3D 2015 is a highly advanced simulation developed for Android. Here at i6 Games, we have been studying to perfect the ultimate plane flying simulation, improving the physics for you the player. And finally, we’re excited to give you the opportunity to play our brand new and exciting flight simulator!

Get ready for the thrill of experiencing the controlling and flying a commercial airplane aircraft in Airplane Pilot Simulator 3D 2015! With realistic aeroplane cockpit controls, you control the plane to fly safely through the air and help get the passengers to their destination on time.

With 20 unique levels (more soon to come), your piloting skills will be tested to the limits. With the elements against you, you’ll have to fly through tough situations in order to get to the destination on time in this airplane flying simulation.

The game also simulates weather conditions as well as day and night cycle, with clear sky, tropical rain, thunderstorms, turbulence and more! Become an Airliner Pilot and experience all the thrills in the exciting, new game, Airplane Pilot Simulator 3D 2015!

Flight pilot: Simulator 3D - fly different aircraft from light one engine planes to huge passenger airliners and jet fighters. Try out hat it’s like to be a professional pilot in this Android game. Sit behind the wheel of different aircraft and do interesting missions, from simple transportation of goods to rescue operations. Unlock new planes and start new missions. Take off into the sky and land on ground airfields or on decks of aircraft carriers. Explore the vast world in free flight mode.