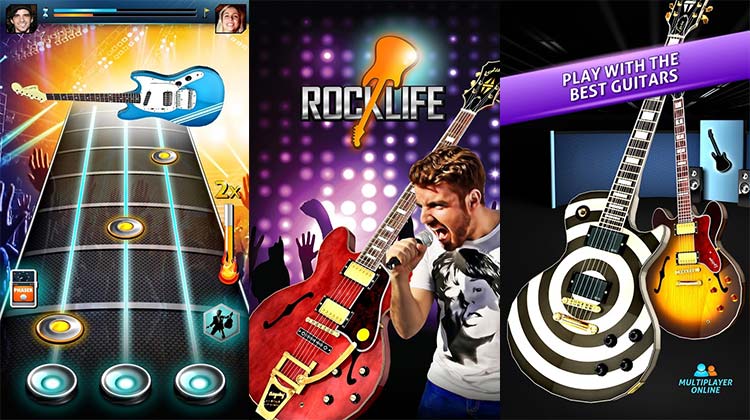 Rock Life Guitar Legend - the best guitar free game that lets you play with amazing 3D guitars, testing your skills to follow the rhythm of the music. Start your own band, invite your friends, tune your voice, get the best guitars and instruments, tap to win millions of fans! Rock Life is the first mobile game that lets you be the rock star and compete with live players from around the world to be the rising star of the music charts!

Create the greatest band in the world! With a super addictive combination of upgrades, recruitments and fast play, Rock Life is a rock n’ roll music game that lets you manage an entire band and at the same time put your music skills to the test by playing concerts, recording albums, making music videos and much more, all with perfectly balanced gameplay.