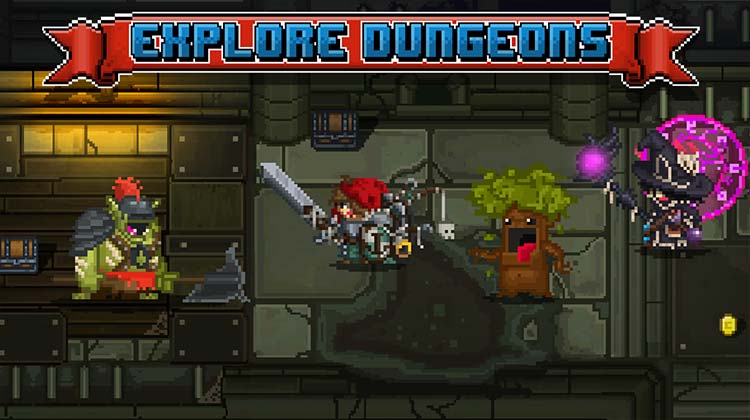 Bit heroes - get through the hordes of monsters who flooded the dungeon. Defeat bosses and gather rich loots. Enlarge your collection of heroes. In this exciting Android game you must go through many dungeons and clear them out of monsters. Win turn-based battles, tame monsters and make them fight on your side. Craft armor, weapons and other munitions from the resources you got. Team up with a guild and play together with friends. Participate in arena battles against other players and become a champion.

Bit Heroes captures that charm and nostalgia of your favorite RPGs, delivering them seamlessly to your mobile device. Collect and craft thousands of pieces of loot to increase your power. Build your team by capturing monsters and bosses to fight at your side in old school, turn-based combat. Prove you’re the mightiest hero in the land by competing in the PvP arena, Raids, and weekly events for awesome prizes! Take your most powerful friends and guildmates along to battle at your side!