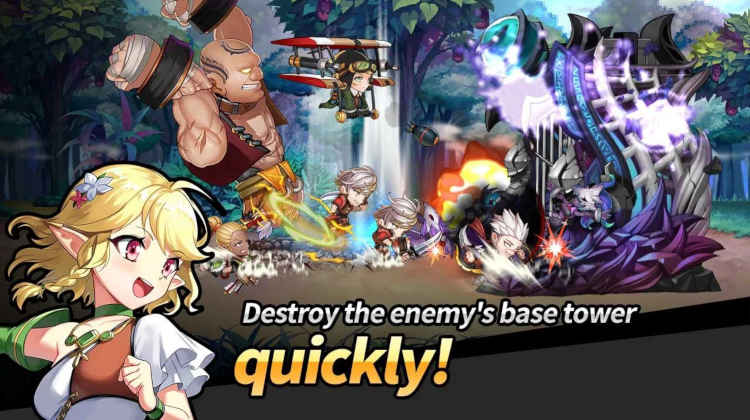 Kingdom alive - lead a team of heroes, build a combat tower and fight against enemy forces. Win the battles and get rewards. Destroy enemy tower and claim victory! Get ready for exciting battles waiting for you in the fantasy world of this Android game. Gather a strong team consisting of 9 heroes and try it in the battles. Don’t forget to upgrade and increase your tower. Apply your abilities of a strategist, break enemy defense, get through to the enemy tower and destroy it. Add new characters to your team and buy high quality items of outfit.

Combination of 9 Heroes, Tower, and Commander is the key to victory!

Highly intriguing and exciting stories of heroes! The stories of the 3rd Expedition Team from the Victor Kingdom conquering the New World Pandora is portrayed through webtoon.

Combine and create the most powerful team and destroy the enemy’s tower. That’s it! You must strategically mix and match 9 Heroes, Tower, and Commander based on their correlations to destroy enemy’s tower and claim victory.