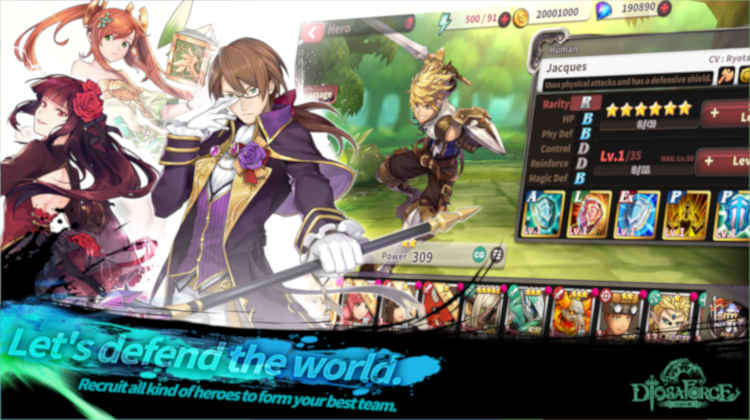 Diosa Force II: Elemental Order - rescue the magic world from dark powers. Start your way together with the heroes, fight against various enemies and complete interesting missions. Gather an invincible team of heroes in this exciting Android game. Each hero has unique abilities. Recover balance of the four elements and clear them from darkness. Travel across incredible continents inhabited by elves, mermaids and other magic creatures. Team up with other players to struggle against powerful demonic bosses. Try yourself in arena battles.

Is human’s “emotion” given by god the cure or poison? There’re four elements-Wind, Earth, Water, and Fire in the world. One day, the weird things are happening in all element continents, including “Sky Island”, “Endless Abyss”, “Aqua World”, and “Land of Vulcan”. All the Elements are tainted by Darkness, and evils fluster to invade the Realms. Three young adventurers from Alta Milan are teleported to Sky Island, house to the Elves and Dragon Rider. Join them in a wild adventure to meet new heroes, and to save the Realms from destruction!