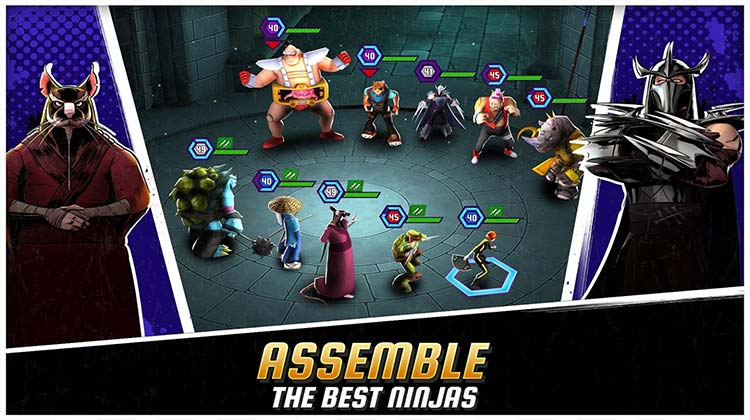 Teenage mutant ninja turtles - help well-known cartoon heroes cleanse the NY city streets from criminals. Fight villains using kicks and combos that are unique for each hero. In the official game after the movie you can play as one of four famous heroes - Donatello, Leonardo, Michelangelo and Raphael. Save the world and defeat the villains!

Bros vs Foes! At every turn, the Teenage Mutant Ninja Turtles have thwarted Kraang Prime’s plans to terraform the Earth into Dimension X. What’s an evil overlord to do? Hatch a nefarious new scheme, to create an army of Ultra Mutants! Everywhere, the Kraang have kidnapped mutants - including the Ninja Turtles - for their DNA!

With his brothers pulled through a Kraang Dimension X portal, Leonardo must recruit the Ninja Turtles’ allies and foes alike before it’s too late. Hang on to your shells!

Gentlemen, let’s save the world!