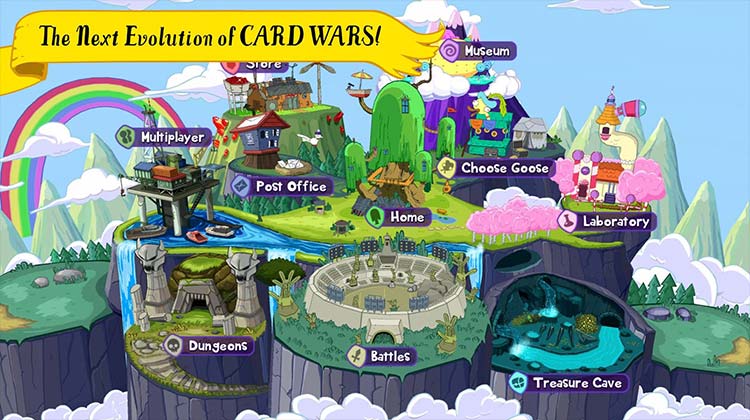 Adventure time: Card wars kingdom - join the heroes of the popular animations and take part in engrossing card battles against strong opponents. Gather a collection of cards with wonderful creatures in this Android game. Think over a strategy of each battle, use the cards you have, make unexpected moves and win. Pick power-ups which will help you gether an invincible team of creatures. Combine your cards to get unique heroes. Complete daily tasks in dungeons and get valuable prizes.

Take Card Wars to the next level in Card Wars Kingdom!