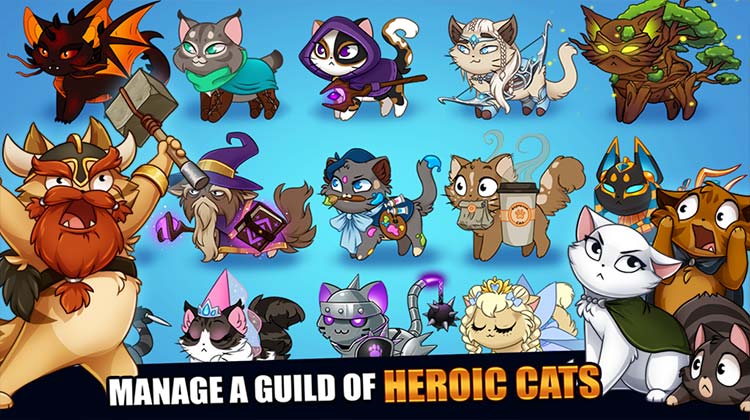 Castle Cats - lead a guild of hero-cats. Take a team of cats to the battle against dark powers such as giant mice, wild dogs and sinister Necropug. Gather an invincible guild of cats in this Android game. Each cat has unique combat abilities and skills. Mysterious alchemic formula will help you make your cats stronger. Gather a squad and challenge dark powers. Apply cats’ abilities in the battles. Unlock new heroes and develop them by means of opening new skills and improving their characteristics. Gather trophies and rewards.

YOU’RE THE GUILD LEADER OF CATS

OVER 100 STORY QUESTS TO COMPLETE

Alice in the Mirrors of Albion

Modern Cinderella: Shall we date?

Love Tangle: Shall we date?