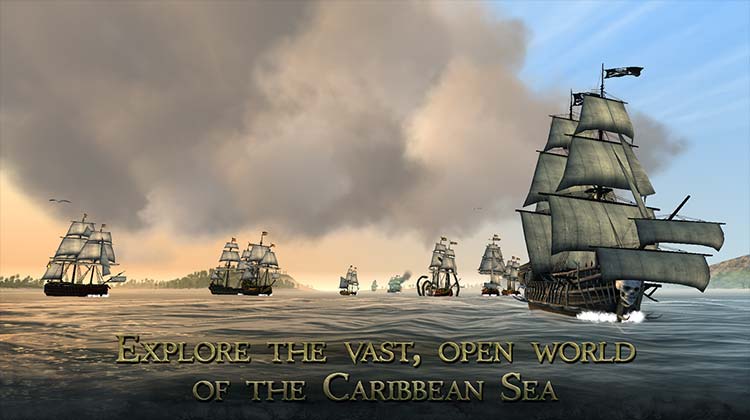 The Pirate: Plague of the Dead for Android

The pirate: Plague of the dead - take a pirate ship across deadly dangerous waters of the Caribbean sea. Take part in the sea battles and find treasures. Step on the command bridge, hold the steer wheel stronger, determine the right route and go to find adventures waiting for you in this Android game. Apply Woodoo magic to return famous pirates from the world of dead and to add them to your crew. Tame a sinister kraken and become a severe captain of the Southern seas. Upgrade your ship and sink your enemies.

The Pirate: Plague of the Dead is a sandbox game, letting you see what it’s like to be the fiercest pirate captain to ever hoist the Jolly Roger! Assume the role of legendary pirate captain John Rackham, and use arcane voodoo magic to raise the Flying Gang from the dead. Together, the members of this historical band of pirates will face the terrifying Inquisitor.

Each of the resurrected captains has unique skills, which improve your ship’s statistics, ensure more gold, give advantage in battle or even let you summon the mighty Kraken! Featuring an open world without loading screens, dynamic day and night cycle and weather system, it offers each mobile gamer an unforgettable experience. Plague of the Dead is a new installment of The Pirate series, following the hit game Caribbean Hunt, which met with a great reception and gained a steady following.

Take the helm of your own ship and conquer the Caribbean!

The Pirate: Plague of the Dead APK