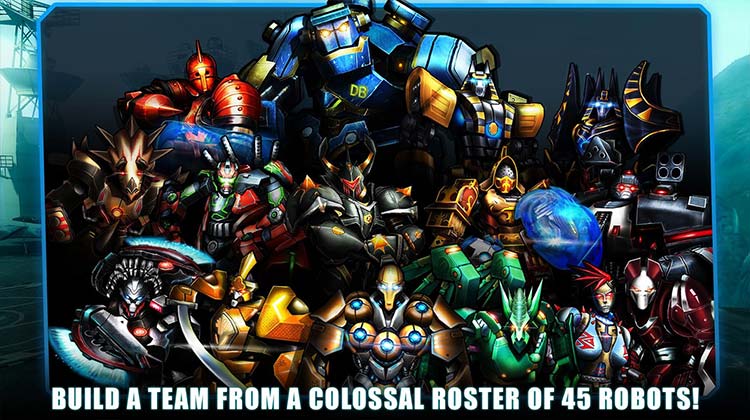 Ultimate robot fighting - collect cards with different battle robots and participate in absorbing 3v3 and arena battles. Lead your armored team into battle in this Android game. Receive your prize for victory in the arena and buy new robots. Each robot is unique and has special fighting abilities and characteristics. You’ll see robot knights, samurai, ninjas, dragons, and many other types of robots. You can improve and modernize your robots. Get the most powerful robots and become real god of steel!

Embark on the ultimate action journey of Robot fighting as you build an epic roster of powerful, battle hungry and larger than life robots! Enter the arena of touch based 3v3 combat with ULTIMATE ROBOT FIGHTING a free-to-play card collectible game. Build an awesome team of sentient robots, unleash unique and devastating moves, upgrade and level up your mean machines and reign supreme as a god of steel in the battle arenas! Unleash the champions, enter the ultimate contest!