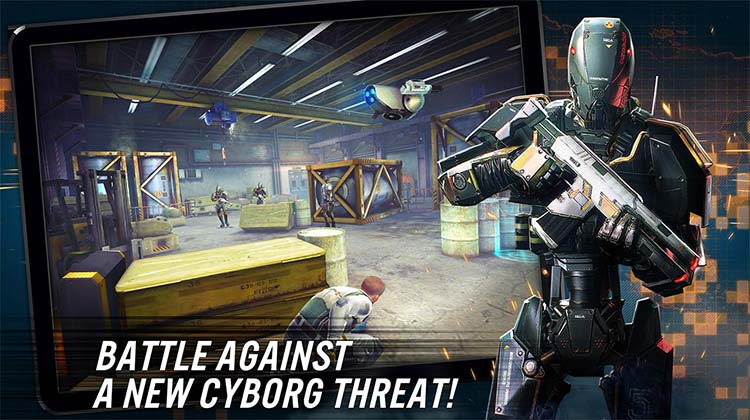 Contract killer: Sniper - perform contracts and eliminate your targets in different parts of the world. Only you will decide which contract to take. Become the best assassin in the world in this Android game. Complete various missions. Penetrate protected facilities, shoot single targets with sniper shots, destroy entire gangs and groups of enemies. Buy sniper rifles, pistols, machine guns, rockets and other weapons. Develop your base. Attack bases of the other players and fight them.

You are a master assassin, hired to infiltrate secure locations and eliminate high-profile targets. Perform lethal strikes and follow your only rule: Honor The Contract. A new threat as appeared! Cyborgs and Mechanized Combat Units are invading cities around the world. Behind this nefarious act is a secret military organization which have been kidnapping scientists for use in developing their once-secret nanocrystal technology, which is at the heart of their cybernetic augmentation project. You have been hired to push back this invasion, at all costs! Face enemies with new powers and deadly tactics in this exciting new campaign!