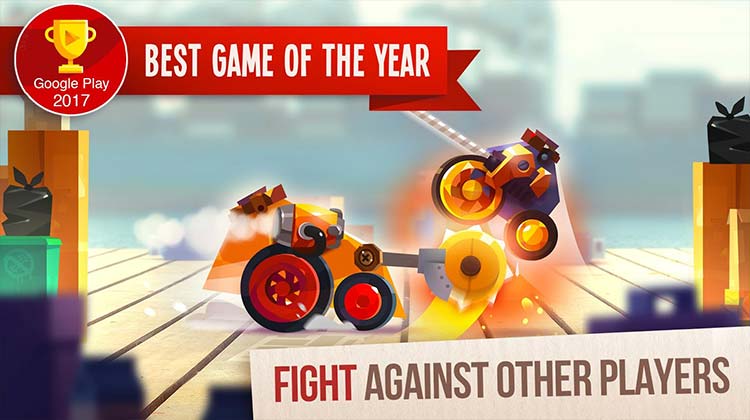 CATS: Crash arena turbo stars - craft a unique fighting robot, use different details. Control a combat machine in the arena battles. Demonstrate your talent of a constructor to the whole world in this Android game. Create a unique combat machine for a fearless street cat. Equip your car with cannons, missiles, rams, circular saws and other unique weapons. Don’t forget about safe armor which will increase your chances to defeat other players in the battles. Look through the best battles and improve your tactics.

From the creators of the hit games Cut the Rope and King of Thieves, comes the most ingenious and stylish battle bot constructor! Join more than 55 million players from all over the world and become the star of the Arena! Unite into powerful gangs, participate in gang battles or create a super-strong Ultimate machine to dominate the Ultimate League fights! Make every opponent bite the dust!

Get the game now for free and become the star of the Crash Arena!