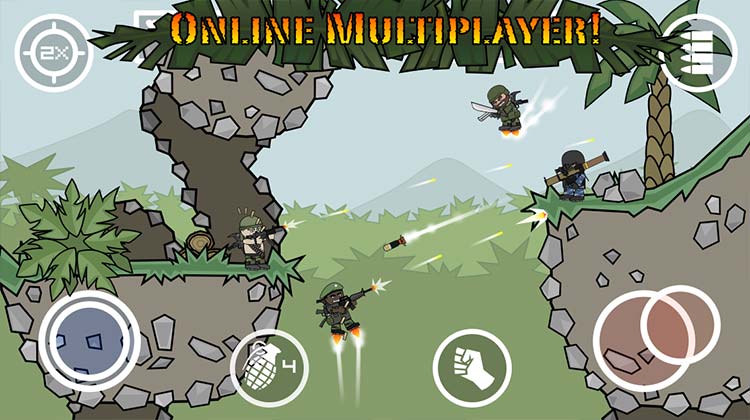 Doodle army 2: Mini militia - fight a variety of enemies on interesting maps. Use different weapons to destroy your enemies. In this Android game you’ll control a funny character that you can choose from many different characters. Move the hero on the battlefield using special jet boots. Overcome obstacles, fly over pits and don’t stop shooting from different weapons like machine guns, sniper rifles, flamethrowers, and grenade launchers. Practice in single-player mode and play with friends.

Doodle Army 2 Mini Militia aka DA2, based on the original stickman shooter Doodle Army, was created based on player feedback and suggestions. We love to hear your ideas so thank you and keep them coming! Give a call out to Sarge from the in-game email link! Purchase the Pro Player Pack to get full access to dual wield ability, extra avatar customization items and online weapons such as the rocket launcher, sniper rifle, laser, saw gun and more!