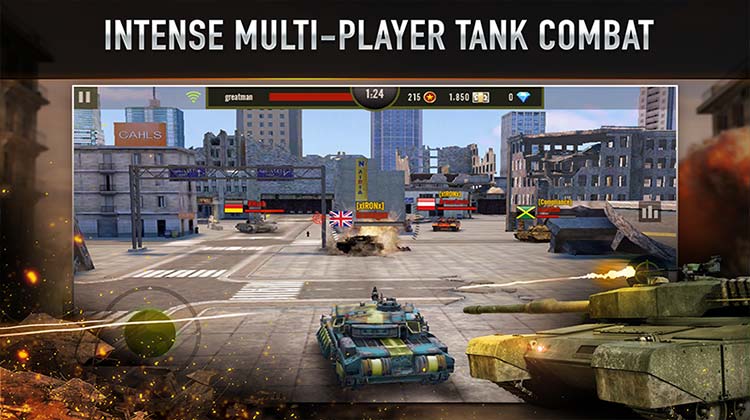 Jump into a tank and go straight into battle. Join one of the thousands of powerful Legions or start your own and become a force to be reckoned with.

Roll into one of five stunning battlefields. Blow away anything in your sights in three frantic game modes: Free-For-All, Team, and Finders Keepers.

YOUR TANK, YOUR RULES

Choose from a range of powerful tanks then build it up to suit your playstyle! A deep upgrade system allows you to tweak firepower, speed, accuracy and more, as well as stat-boosting patterns and decals for a competitive edge.

What are you waiting for, commander?