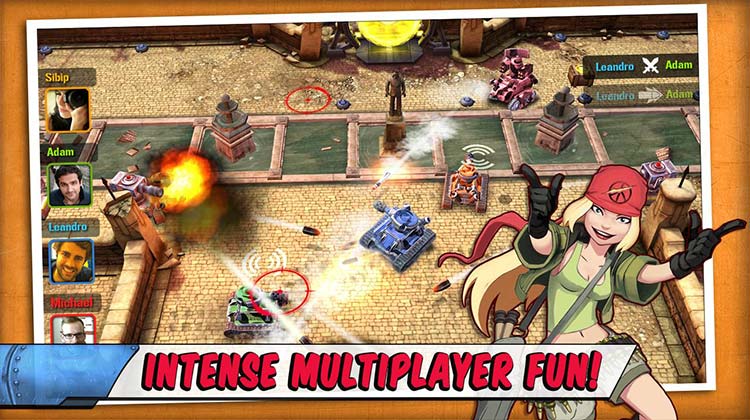 Tank battles - a bright arcade where you need to win against all rivals and to become the King of tanks! Get ready for Tank Battles! This is General McTankerson, the greatest tank commander in the world, speaking! Many have come to my island for the Tank Battles Tournament, but only one can be crowned the Tank King. Will it be you? Roll out and let the Tank Battles begin!

Customize your tank, enter the battlefield and destroy your opponents! Tank Battles delivers one of the most exciting multiplayer experiences ever, as well as challenging solo missions – for FREE! The tanks are fast and easy to maneuver, so you’ll become a master tank commander in no time!

Game simulating real perspective, allowing the player to experience the real fun tank shooting. Here, you will face the endless tank attack, you have to do is wipe them out. The game has a small map guide for easy viewing situation around, with a small map feature will allow you to dodge enemy shells breeze. Destroy tanks you will receive scores, together with your partner to experience the fun of the tank to play, to see who could get the highest scores, who are the real king of the tank.