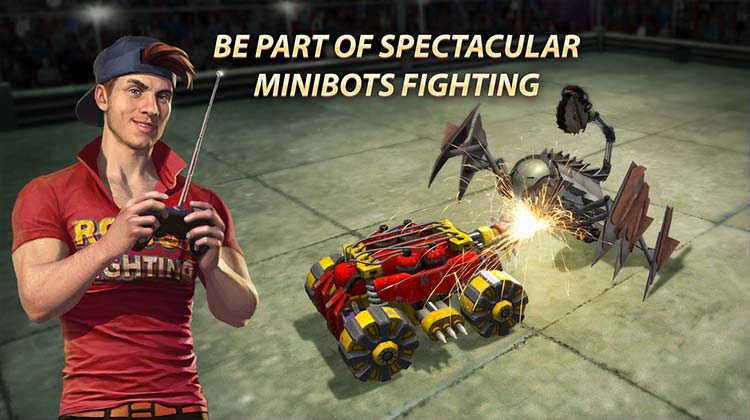 Robot Fighting is getting more and more dangerous! Extreme robot wars will take place on the most tricky arenas. Build a real death machine to win the championship!

Take part in one of the BattleMinibots armored car shows – spectacular robots fighting games of armored car radio-guided vehicles. These indestructible battle cars are extremely dangerous, each with its unique weapon for death racing. Create your own armored war robot in the garage and upgrade its properties to make it to the try-out and become a member of the mech robot wars League!

Drive to the steel robot fighting arena and be ready for the most breathtaking car wars game with death racing! This car battle is something really amazing!

Face the most powerful death racing bots. You’re going to deal with them in mech robot wars:

And remember: the more achievements you unlock, the better, as only the most persistent players will join the mech robot wars League. Let the car wars game start!