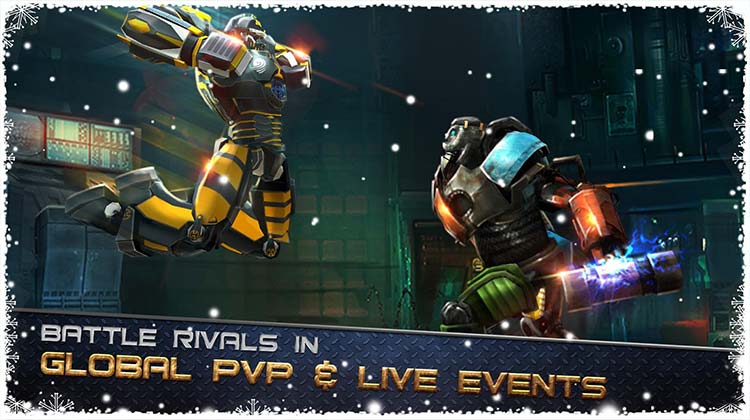 Real Steel World Robot Boxing - continuation of game created according to the movie Real steel. Now you are waited for by even more qualitative graphics, new heroes and advanced tricks. Improve characteristics of your robot and put new details. Participate in the world championship and break your rivals.