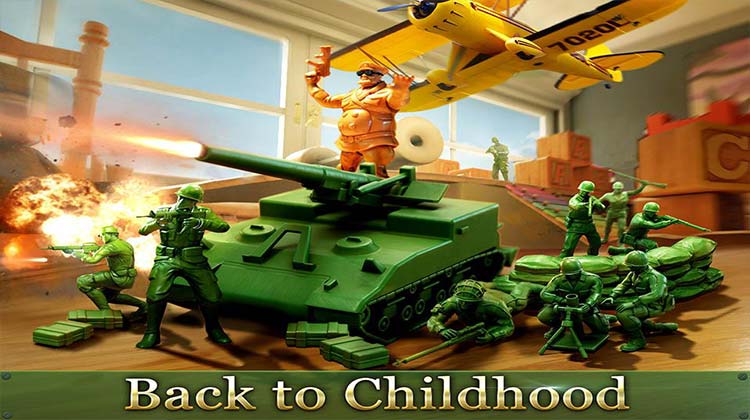 Army men strike - take command over the army of toy soldiers. Build a military base, fight against a crazy scientist and other unexpected opponents. In this Android game you can bring to life your dream of childhood and become a general of the army of toy soldiers. You will experience exciting battles which will take place in different rooms of the house which turned into the theater of war. Place soldiers and toy military machinery at the key points of the map. Build fortifications for your toy soldiers. Take soldiers to the attack and win battles.

We Are Waiting For You!

Childhood is unforgettable, and the toy soldier game is irreplaceable. Join us in the toy world and it will be a better place with your participation! Lead your green army soldiers, remote-control planes, rubber ducks, transformers and many other toys to defend your bedroom, hallway, living room and backyard against the invasion of the Evil Legion! To experience a great war game!