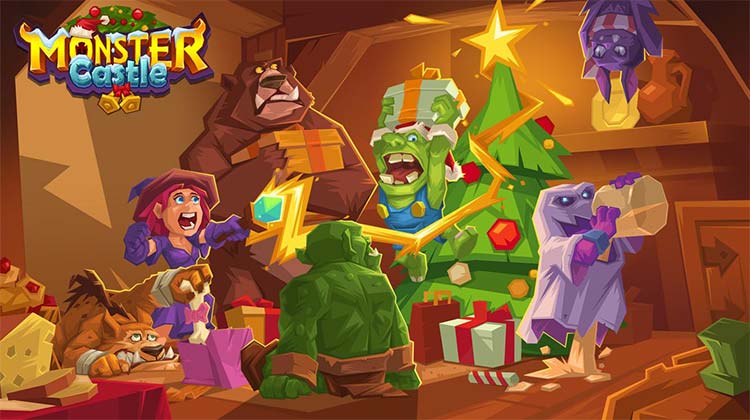 Monster castle - build and improve your own castle with various minsters living in it. Defend your castle from the attacks of different enemies. In this Android game you have to turn your castle into a fortress. You’ll have to set deadly traps and barricades on multiple floors of the castle.

Place cannons, bombs, and crossbows that will delay the advancing enemies in the corridors. Create an army of orcs, goblins, ghosts, witches, and other dark creatures. Fight and don’t let the enemies destroy or capture your castle.

Raise an army of fearsome monsters, build and defend a towering castle, and lead your clan to victory! Monster Castle is an addicting tower defense game. Command a horde of monster heroes and troops, protect your castle, and wage war against the greedy human invaders in this challenging multiplayer adventure!

Monster Castle is free to download and play, however some game items can also be purchased for real money. If you do not want to use this feature, please set up password protection for purchases in the settings of your Google Play Store app. A network connection is also required to play Monster Castle.