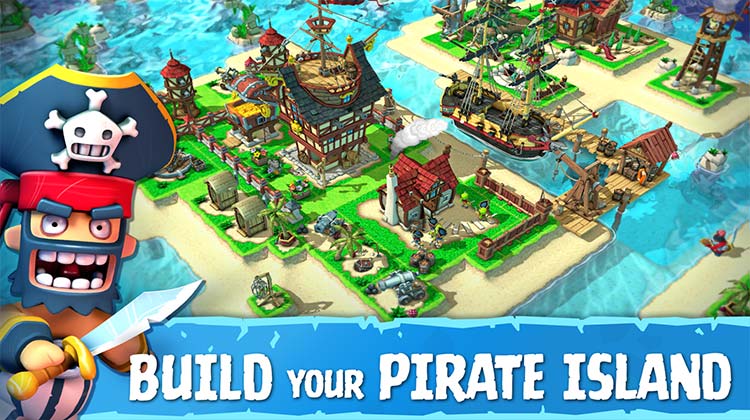 Plunder pirates - build your own pirate base on a beautiful tropical island. Collect the team of reckless thugs and conquer rough seas. Become the most famous captain of a pirate ship in this Android game. Sail your ship through uncharted waters. Discover new lands, find hidden treasures. Attack merchant ships and attack other pirates. Participate in sea battles with other players and win. Improve your pirate base, construct various buildings and embankments, place cannons on shores.

A life on the ocean wave is waiting for you in this stunning 3D Pirate adventure. Create your island, explore the seas, battle other players and become the most infamous Captain in history. Plunder Pirates offers a unique build and battle gameplay experience featuring the best looking graphics on mobile.

Up for a fight? It’s going to take masterful strategy, tons of manpower, and plenty of grog to protect your island from the attacking hordes of swashbuckling pirates. Create the perfect island headquarters, recruit a fearsome crew of pirate captains, and go to war with other players around the world to become the saltiest dog in the seven seas!