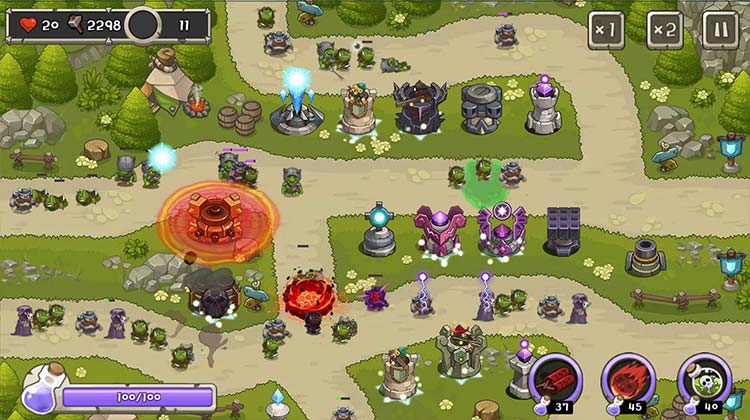 Tower Defense King (TDK) is a free-to-play tower defense game, a genre where players place stationary units along a path to defend against hordes of incoming foes. Here you also need to build towers and protect the city from the waves of monsters. Combine the different towers to achieve the best effect and do not let any monster break through the defense.

Monsters are gathering now. A bolt of arrows! Colorful magic! Powerful Explosion! Time of battle is back. Build a defensive line with a powerful tower and defend your kingdom. The destiny of the kingdom lies in your hands. Play the best-selling Tower Defense game of Defense now for free!