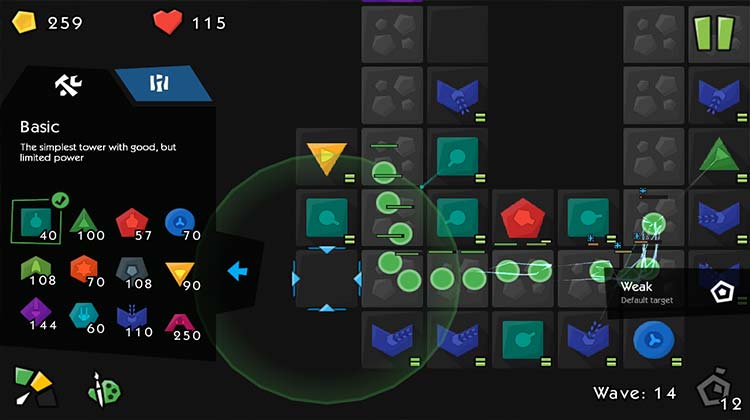 Meet the first mobile Infinite Tower Defense, where you can build more than a thousand towers at the same time! Build different types of towers to defend your base from the crowds of enemies, unlock new levels and hundreds of global upgrades, try to get to the higher wave!

Each of the towers has its strengths and weaknesses. A cannon, a machine gun, a rocket launcher, a poisonous and cooling tower, adzes, a shock tower and many others can effectively work only against a certain type of enemy. To improve the effectiveness of turrets, you can improve them both during the game, pumping damage, rate of fire and range of attack, and between the levels in the menu of "global improvements". All the bonuses purchased there will be passive and will work during any game. The scale of improvements is striking in its size. In addition to the infinite number of pluses, you can include the ability to create your own levels!