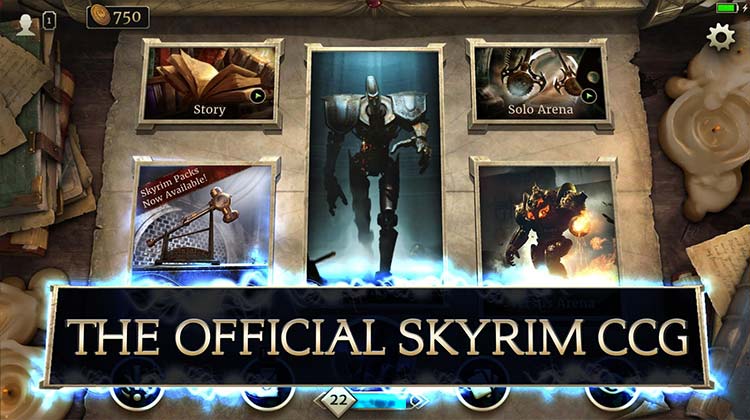 The Elder Scrolls: Legends for Android

The Elder Scrolls: Legends - try out your skills in a new collectible card game based on The elder scrolls universe. Exciting strategy combines past, present, and future of the rich history of Tamriel. You’ll see a wide variety of worlds, many cards, a variety of character classes, each endowed with unique abilities, and more. Win in difficult battles over against crafty and dangerous opponents!

Inspired by classic adventure tales, Return to Clockwork City is the latest story expansion for The Elder Scrolls: Legends. Set hundreds of years after Sotha Sil’s demise, embark on an epic journey to the fabled Clockwork City filled with danger, wonder, and riches beyond imagination. The road won’t be easy. Nightmarish abominations, traps, and betrayals all stand between treasure hunters and their fabled loot, as the fate of the lost city hangs in the balance.

PLAY RPG CARD GAMES ON YOUR OWN

ONLINE PVP AGAINST OTHER PLAYERS