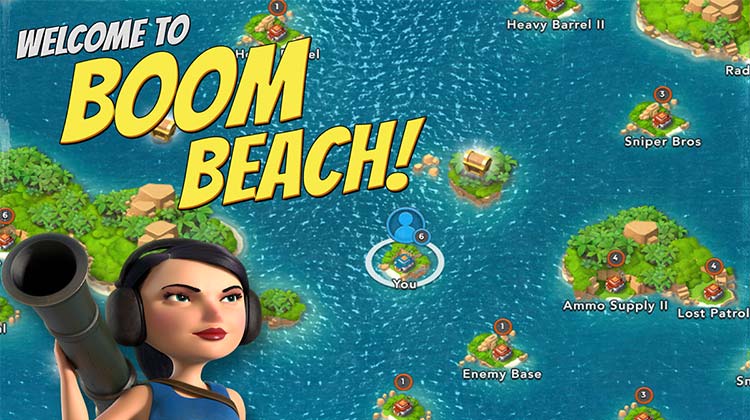 Welcome to Boom Beach: come with a plan or leave in defeat! Fight the evil Blackguard with brains and brawn in this epic combat strategy game. Attack enemy bases to free enslaved islanders and unlock the secrets of this tropical paradise.

In the game Boom beach you have to develop a state on your own island, protecting it from enemies and attacking islands of the opponent. Create a Task Force with players around the world to take on the enemy together. Scout, plan, then BOOM THE BEACH!

Boom Beach is free to download and play. However, some game items can also be purchased for real money. If you do not want to use this feature, please set up password protection for purchases in the settings of your Google Play Store app.